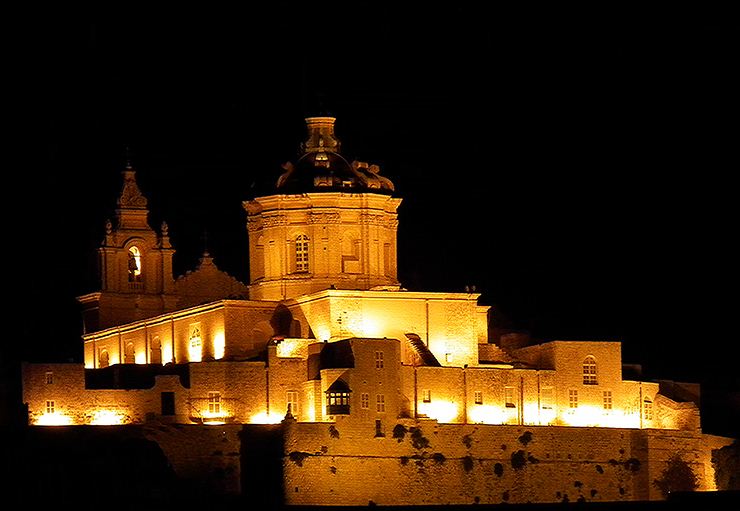 Malta is an archipelago located in the Mediterranean Sea nearly 93km south of the Italian Island Sicily, and approximately 300km North of Libya. Even though Malta is a European island, it is located further south than some African countries such as the capital of Tunisia and Algeria. However, Malta is not Europe’s most southern point; the Greek Island of Gavdo is even more to the South.

There are 18 uninhabited islands forming part of the archipelago, and three inhabited – Malta, Gozo (Għawdex) and Comino (Kemmuna). Then there is Manoel Island, Filfla and the Fungus Rock which are historically and ecologically very significant. The others are mere large rocks. The Maltese islands were formed from the higher points of the land bridge that connected Sicily with North Africa. The land bridge became isolated when sea-levels rose after the last ice age, leading to the formation of the archipelago that now lies at the edge of the African tectonic plate, where it meets the Eurasian one.

The landscape of the Maltese Islands

The landscape of Malta and the other islands are characterised by terraced fields, dry vegetation, rock and limestone. This is due to the long hours of strong sunshine that the Islands receive throughout the year and because there are no permanent rivers or lakes in Malta. However, there are a few waterways that supply limited fresh water throughout the year such as Lunzjata Valley in Gozo. Occasional temporary small rivers appear after times of heavy rainfall. The Maltese woods were cut down centuries ago and the only trees that survive today are the olives, ficus, citrus, pine, tamarisk and carob trees. On Malta and Gozo, hills are cultivated for both grapes and vegetables.

The coastline of Malta, Gozo and Comino

Just like the islands themselves, the coastline of Malta, Gozo and Comino is primarily rocky. Sandy beaches can be found mostly on the North side of the islands such as Golden Bay and Mellieha Bay in Malta, and Ramla Bay in Gozo. While the North boasts sandy beaches the south side is just the opposite, remarkably high cliffs drop straight down to the sea. The eastern side of the island is divided by three large bays, while in the West there is a concentration of natural harbours.

Area: 316 km2
Name: Republic of Malta (Repubblika ta’ Malta)
Population: 412,966 estimate 2010
Flag: White and red background, with the George Cross in the upper left corner of the white part.
Capital City: Valletta
Largest city: Birkikara, with a population of 26,000
Coastline: 140 m
Highest point: Ta’ Dmejrek 253m (close to Dingli)
Official Languages: Maltese and English
Ethnic groups: Maltese 95.3%, British 1.6%, Other 3.1%
Demonym: Maltese
Member of the EU: from 1st May 2004
Time Zone: CET (UTC+1)
Drive: on the left
Calling code: + 356
Currency: Euro(€)
GDP (PPP) 2010 estimate: Total €6.95 billion
GDP (PPP) 2010 estimate: Per capita €16,564
Government: Parliamentary Republic, President: George Abela, Prime Minister: Lawrence Gonzi
Independence: from the United Kingdom 21 September 1964
Coat of Arms: Shows the flag of Malta in the form of a shield, on the top of which is a fortification with five turrets, representing all the fortifications of the island. There are two branches around the shield, and olive and a palm tree, which symbolize peace.

In Malta, electricity generated by PV installations is supported through a feed-in tariff and an investment grant scheme. Malta promotes solar water heating systems and aerothermal heat pumps for domestic use through a subsidy scheme. Electricity generated by renewable energy plants must be given priority transmission. According to regulations in place, new grid capacity is offered through a tendering procedure where required.

Support for renewable energy sources (RES) used in the transport sector is provided through a substitution obligation on importers and wholesalers of fossil fuels.

In addition, a training programme for the certification of Renewable Energy Systems installers, providers of energy services, energy auditors and energy managers as well as a Certification Programme for RES installations are in place.

As a country we are well below the targets we have set (or were they set for us?) regarding the percentage use of renewable energy sources in our total energy consumption. Up to now, the major (if not the only) source that makes sense for Malta is solar, since photovoltaic and similar methods have been giving satisfactory results.

Individuals and companies were encouraged to turn to these methods while offloading their excess supply to the national electricity grid, run by Enemalta.

Electricity generated by renewable energy plants must be given priority transmission. According to the regulations in place, new grid capacity will be offered through a tendering procedure where required.

There is a registration scheme for RES installations and a training programme for installers in Malta.